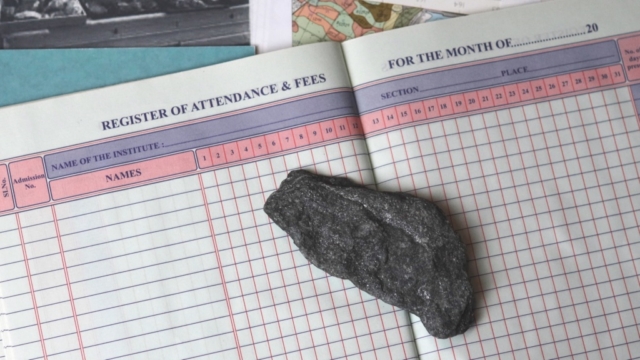 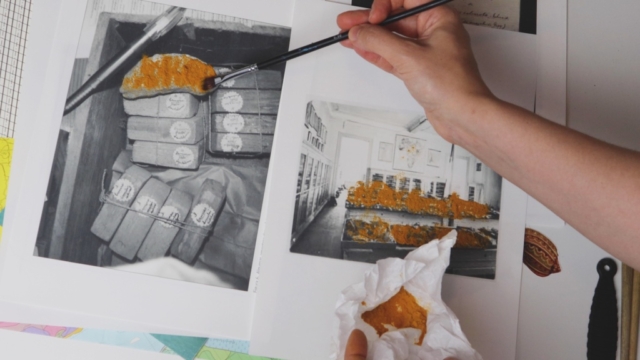 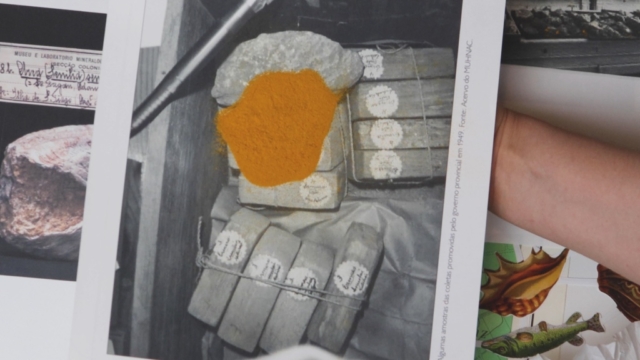 The research for the film project Yellow Ground has been possible thanks to the ‘Tijdelijke Werkbijdrage Productie, Presentatie en Research (PPR) subsidy from Centrum Beeldende Kunst Rotterdam.

The research project Yellow Ground departs from several geological surveys led by Portuguese geologists as well and international ones, during the late 19th century and beginning of 20th century in the Portuguese colonies. Encouraged by a deep economic interest, these geological surveys produced a large amount of ‘colonial products’ as they were described, used for geological and geographical studies and ultimately to build up collections for colonial museums.

While prospecting for diamonds and other valuable minerals, a whole new underworld came to the surface, such as the one of fossilised sea creatures of the Atlantic South. It is not clear how much as been excavated, collected and shipped away, but like in many other colonial projects, this was a common practice which lasted for a long period of time.

By fictionalising the process of labeling, shipping and archiving raw materials and fossils, Yellow Ground re-enacts the process of excavating and collecting a displaced underground. This project (still work in progress) will be presented soon as a short film.