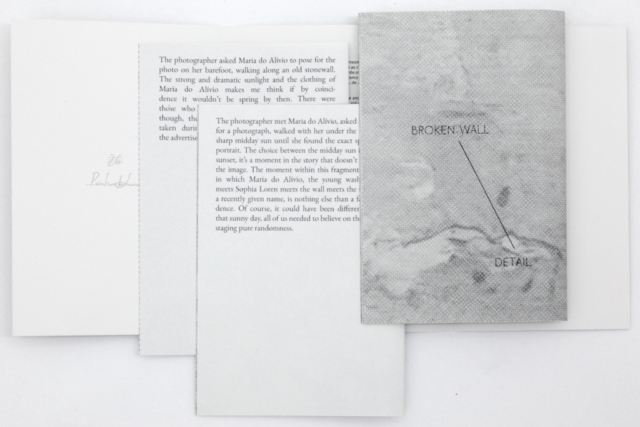 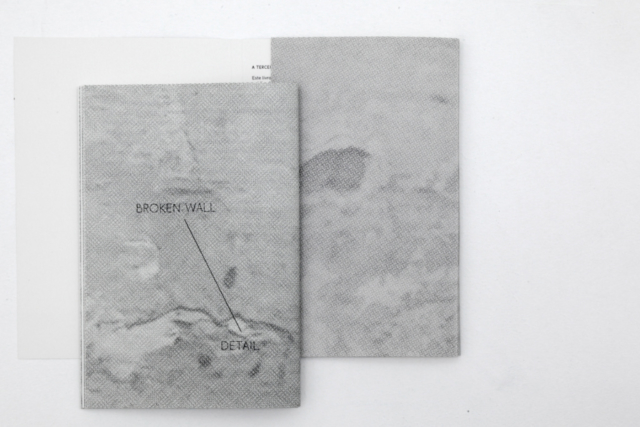 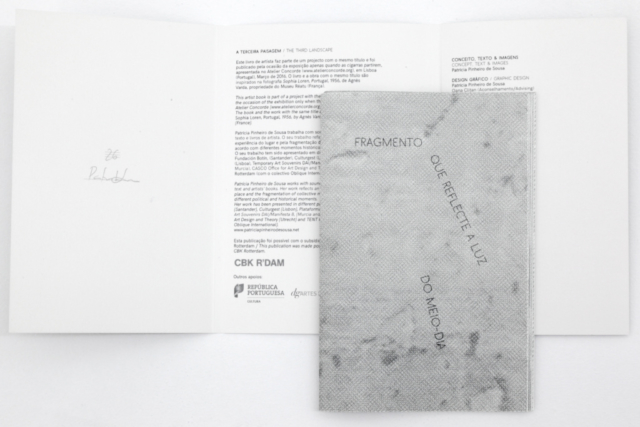 The book is organized in loose pages, folded and bound together by a soft-cover. Written in English and Portuguese, it contains a text piece written by the artist, based on a photograph made by Agnès Varda, in 1957 in Portugal.
The images on the book contain graphic representations that refer to different fragments of the original photograph which depicts a woman, an outside wall, a half broken poster, a printed image of Sophia Loren, amongst other details.
The text presents a fictional story based of this photograph, as if exercising other possibilities of itself, exposing the fragmented nature of (the Portuguese recent) history.