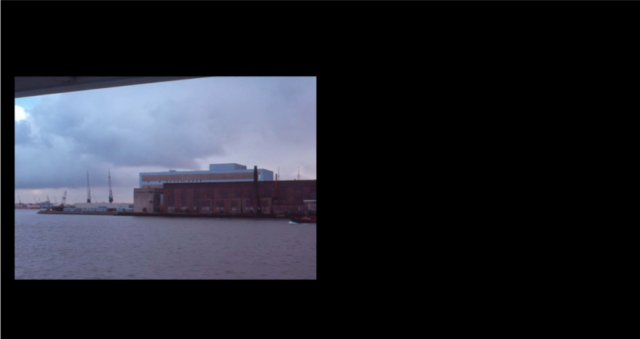 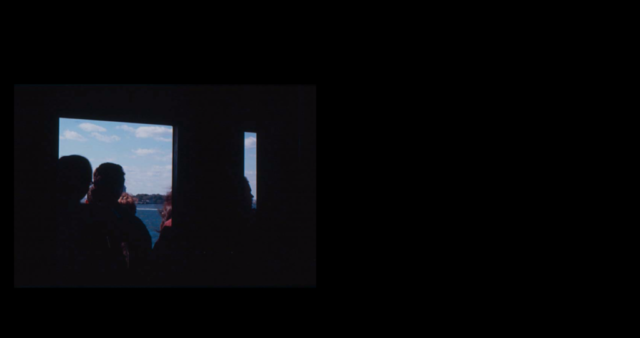 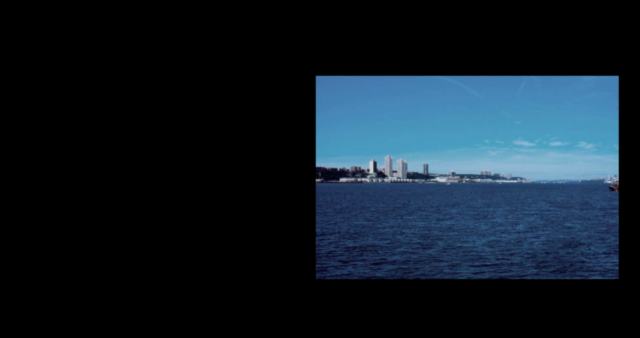 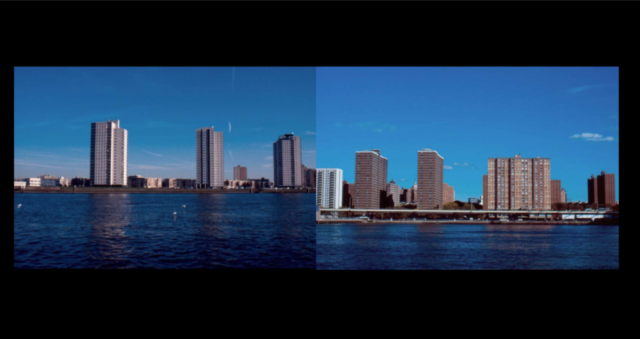 The installation shows the point of view of the ship, as a transition space through which (new) places are sighted, during arrival or departure. The photographs were taken in Rotterdam (The Netherlands) and New York (USA), two cities that held a migration route in the late XIX century, through which about 2 million of ‘desirable’ and ‘alien’ immigrants moved from Europe to America.

It depicts the uniformity that characterizes harbor structures, the organization of the suburbs (which are developed in the periphery), examples of contemporary architecture and a group of anonymous passengers looking into the waterfront.